Some of my favourite vegan meals are actually the same as before I became vegan. (Im a creature of habit)

Number 1 being a Roast dinner! 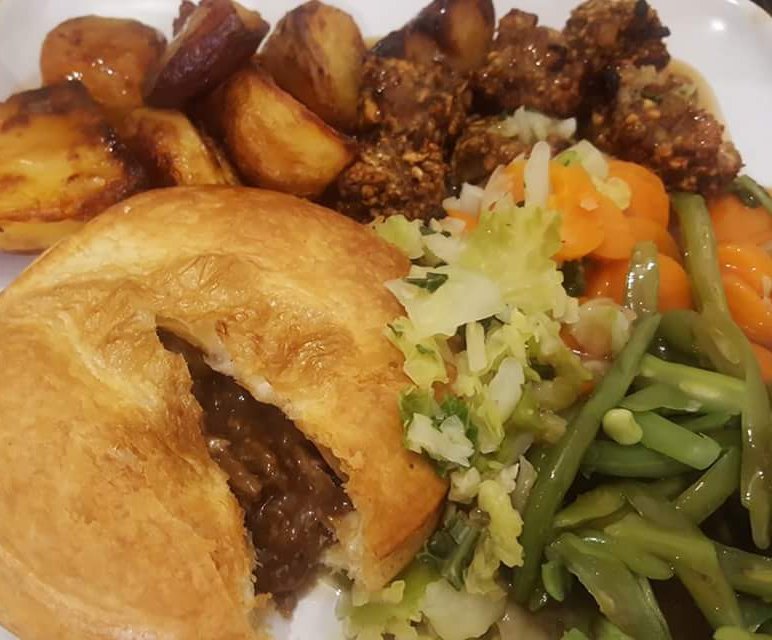 You can’t beat a roast, even as a vegan!

Broccoli, carrots and either kale, cauliflower or cabbage. But really what ever veg we have to hand will go in.

Then finally lashings of Bisto gravy cooked with plenty of red wine and vegetable water.

The joy of the Frys puff pastry pie is that the pastry makes up for the lack of Yorkshire pudding.

I love a bit of puff pastry and quite often cook up empty vol au vents especially to have with a gravy dinner so the pie is now a bonus along with the chunky meaty filling.

This is always our Go To meal for our non vegan friends as everyone eats pie right? And its a very good replica. Not to mention I cook the best roastie potatoes…but then don’t we all??

Number 2 is a good old English Fry up.

This was difficult to replicate at first but once we found our favourite substitutes this meal came back into our lives!

So we have the usual suspects, toast, chips or hash browns (In this case, mini hash browns which were delicious) baked beans, tinned tomatoes, fried mushrooms.

Then our fake meats…Moodleys bad ass bacon from thevegankind.com and Linda McCartney Vegetarian sausages (which are actually vegan)

There are a few different brands of these substitutes which are equally as good though so shop around.

We used to include either an egg replacer scrambled or very free range eggs from local chicken owners who we could be sure kept their chickens in a suitable setting. But we have since found that we just don’t need or miss eggs any more.

If you are wanting to get fresh free range eggs, please don’t trust the shop bought free range as they are rarely as free range as you’d think. Although if you’re vegan you’re probably fully aware of this already.

I put a post on my local Facebook group asking for info on any local people to myself keeping chickens and I was suddenly inundated with options. So that is well worth a try if you really can’t live without eggs.

Number 3 is a good old fashioned and simple pasta with a tomato based sauce topped with plenty of mature cheddar.

This is of course fairly simple as it was almost vegan in its original form!

You may want to double check the ingredients on the sauce you choose (unless making your own, which we quite often do) but most are pretty vegan already.

The only real difference here is the cheese. There’s a few good options but in this particular picture I used Sheese.

This was actually my second favourite simple pasta dish before becoming a vegan. My first being tortellini with red pesto sauce! Although I have found the sauce, I have not yet managed to recreate the tortellini!

So if any of you reading this blog have found the answer, (which doesnt involve me making my own from scratch) I would love to hear from you! Please comment on this blog or message me the details. Ill be sure to write about it once Ive tried it!

Lovely with many curry sauces, however my children’s favourites are Korma and Tika Masala so these are the ones we create the most. These are also lovely with quorn chicken style pieces. I love as many veges as possible in a curry and Santanas too.

A pack of shop bought mini popadoms and hey presto. Jobs a good’n.

5. Chilli with rice, tacos and potatoes!

I know this is normally done with one of the above carbs but we love them all so tend to have all 3 at the table. We throw loads of kidney beans and baked beans in a chilli and blend as many vegetables that the children dont like as possible and pour them all into the sauce to get as much goodness in them as possible. While leaving all the veg they do like as chucks for texture. There are plenty of vegan mince substitutes available and I’ve found it really is just personal preference as to which one people prefer. (Not Morrisons own though. I haven’t met any one who likes that one yet)

Some salad, home made coleslaw and vegan cheese finishes off this meal nicely. Oh and a good old dollop of mango chutney!

I Can’t get enough of pizza for a Friday night treat. Although there are some vegan pizzas available, most are quite expensive, especially when you’re a family of 6 like we are. So we have resorted to making our own (Or getting Pizza hut take away now that they do vegan pizzas)

My favourite base for home made pizzas are pitta bread, however I have mentioned other home made pizzas in another blog Vegan meals for fussy eaters. We throw on plenty of vegan meats such as chorizo bites and chop up spicey vegan quorn burgers or southern fried burgers for extra flavour. Bbq sauce base is the best.

Details of this meal are laid out in my blog https://marieling.com/2018/04/13/vegan-meals-for-fussy-eaters/ 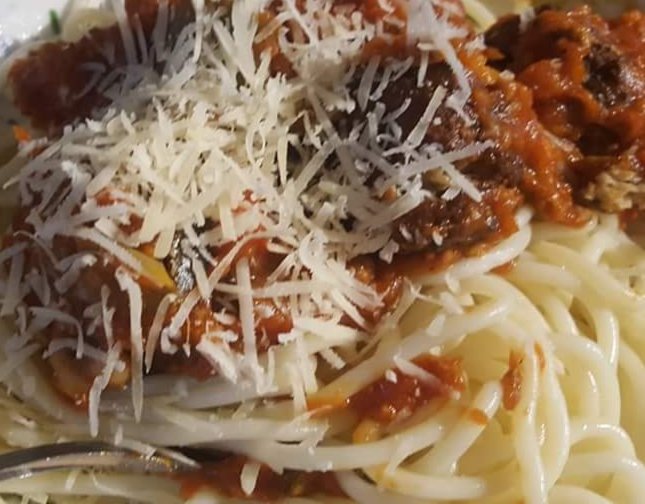 Then just make up our usual sauce and veg as before, grate on some Violife Prosciano and add some garlic bread. We tend to make our own with oven cook baguettes with garlic sauce and spread mixed together.

9 is a chilled summer meal of schnitzel and new potatoes 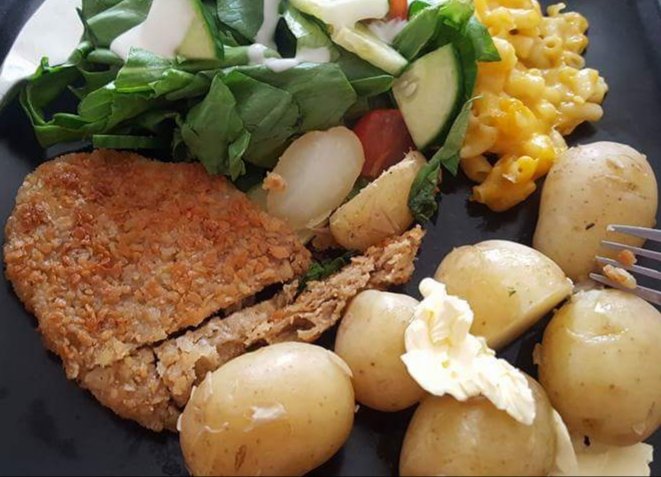 There are plenty of schnitzels about but i tend to make sure they dont consist of chia as I dont like the taste and texture of that. Otherwise this meal is fairly self explanatory. We use a vegan mayonaise for the salad, a microwave vegan macaroni cheese on the side and Flora dairy free spread for the potatoes.

Finally number 10 is my mothers home made leek and potato soup!

Everyone has their own special recipe for soup. We used to have richmond sausages with this but of course we now dont. I prefer it without any substitute meat but my husband still likes sausage with his so we now use Vegusto Farmhouse sausages.

There are plenty more meals on my favourites list including fajitas and stir frys but these are probably my main ones.

A mother of 4 trying to journey through the world of motherhood while trying to have it all! Home Educating my children while running my own business and trying to be the best person i can be so that includes being vegan. My favourite saying..."If you can be anything in this world...be kind!" View all posts by marielingblogging